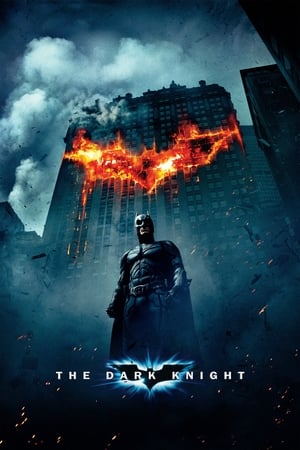 Batman raises the stakes in his war on crime. With the help of Lt. Jim Gordon and District Attorney Harvey Dent, Batman sets out to dismantle the remaining criminal organizations that plague the streets. The partnership proves to be effective, but they soon find themselves prey to a reign of chaos unleashed by a rising criminal mastermind known to the terrified citizens of Gotham as the Joker.

Just amazing from the opening scenes to the very end. Nolan has brought batman from the dark and put it very much in to the light of the world. Bale is the same as the last one excellent very comfortable in the role and made it his. HEATH LEDGER....R.I.P, this guy was awesome and the best villain ever to grace a cinema screen sad we won't be seeing his with that smile again. This is the best comic book movie ever and it will take some doing to beat it!

The Dark Knight - Stunning film, not only the best comic book adaptation/superhero flick, but also one of the best crime thrillers of recent times, Christopher Nolan deserves all the credit he's getting for turning a laughable dead on its arse franchise into something so majestic, Batman Begins was a great set up but this truly is the big payoff.

Everything about it is top notch, the cinematography, the sound, the editing etc etc, then theres the excellent script, tense, exciting, dramatic, powerful and extremely dark at times, the ending for example is not something you'd expect from a summer blockbuster, it takes risks and because of that you really are rewarded with something brilliant.

Then theres the cast, Bale is perfect in the triple role he has to pull off, he has the Bruce Wayne playboy swagger down to a tee, he has the acting chops to be more vulnerable when showing his real self to the ones closest, and as Batman he is more than competent even with that voice that everyone seems to highlight, i don't mind it one bit, i find it hard to see Bale in that suit when watching, and thats the point.

Gary Oldman gets a meatier role this time around and he is sensational, especially come the tragic climax, its great seeing him play a straight up good guy, and he doesn't disappoint one bit.

Aaron Eckhart is a real surprise in a tough role, he's great at playing the white knight hero and his fall from grace is beautifully portrayed, if a little rushed.

Morgan Freeman & Michael Caine are their usual selves, not really giving much to do, but pull off what they have to with the usual excellence and Maggie Gyllenhaal is a much better actress than Katie Holmes will ever be, so a good replacement.

Finally Mr Heath Ledger, i remember the outrage when it was first confirmed that he had snared the role as the joker, i was one of the many who was a little miffed at it but by christ did he prove everyone wrong and Nolan right, this performance is truly iconic and blows Nicholson's joker into orbit, he is breathtaking and steals the entire movie, considering how good the rest of it is, that is some acomplishment!

"This town deserves a better class of criminal, and I'm gonna give it to them."

Everyone's always raving about this movie and it's not completely undeserved. However I have and had a few issues with it. First of all it never ends. It feels like there's at least a dozen endings to the movie and it felt sooo long! Honestly I was bored. Also I didn't like Christian Bale in this one as much as I did in the previous one. I think they made him too un-likable and just daman gloomy and dark. Also my expectations were quite high after the fantastic Batman Begins.

What's good about the film is of course Health Ledger who really gave a performance in this film comparable to the best of the best and completely deserves any awards and recognition he might still receive. He steals every scene he's in and there's something genuinely terrifying about him and the ever-changing stories about how he got cuts in his mouth. Also I liked Katie Holmes more than the replacement Maggie Gyllenhaal who felt a bit like a waste of space.

I had read the previous reviews here on filmgator plus some other reviews and had heard nothing but praising comments about this film. So naturally I walked to the cinema loaded with very high expectations. I'm not even exactly sure what I was expecting, but I was tad disappointed. Don't get me wrong, I liked it, the visual effects were great and the acting too and it was definitely worth paying 8 euros for, but for some reason I was expecting for something more.

The role of Joker was a bit different and I liked the psychological drama too. What I also like about the Batman films is that the villains seldom die completely. It's a good action film and my advise for those who haven't seen it: believe that it's worth watching, but don't get your expectations too high.

A worthy sequel to the Beginning - which truly was the beginning, because for me, the Batman movies before it, don't even exist any more.

The Dark Knight was a thrilling visual rollercoaster. A masterpiece and a true must-see-on-big-screen -movie.

The acting was great. Eckhart, Bale, Freeman, Oldman, Caine all did a solid great job - worth praising. I think Maggie Gyllenhaal was a bit of a dissappointment, she didn't relay any feelings to me at least. I've grown a bit bored of the praise directed towards Heath Ledgers performance, and I must admit I have in my scepticism thought that a lot of the praise must be more about the film being his last, than about actual superb acting. But indeed my prejudices were crushed - he was excellent, and now I really see what a great actor we have lost.

I truly enjoyed the atmosphere and the general "feel" of the film and it's settings. This film noir -style that Christopher Nolan has brought to this age old character is something that really appeals to me.

To try to think of some criticism, I thought there was a bit too much long and boring fist fights without any exciting moves that Bruce Wayne - a man trained in Martial Arts should be capable of. Also the "innovation" operated by Lucius Fox at the end of the film seemed to be a bit too forcibly embedded element to the plot.. That went a bit over the top.

All in all. A grand movie. Looking forward to seeing it again - I really feel I missed quite a bit, even though I tried to be attentive.

The sequel to Christopher Nolan's 2005 Batman Begins is an absolute stunner! From the opening credits I was fixed on this masterpiece which is no doubt in my opinion the best Batman movie ever made. Christian Bale was brilliant as Batman and the rest of the casting was spot on, but the talking point of this movie is the role of Joker played by the late Heath Ledger. I cannot describe the performance by Ledger which will go down as one of the best villain roles in movie history.
A great pleasure to watch and well worth the admission price and two and a half hour screen time. Believe all the hype and high expectations of The Dark Knight. You will not be disappointed!