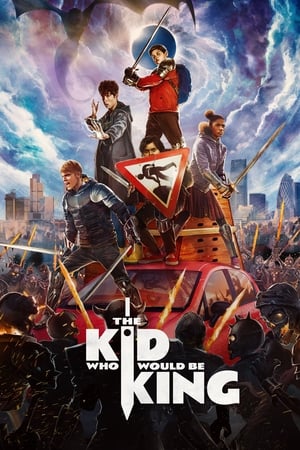 Old-school magic meets the modern world when young Alex stumbles upon the mythical sword Excalibur. He soon unites his friends and enemies, and they become knights who join forces with the legendary wizard Merlin. Together, they must save mankind from the wicked enchantress Morgana and her army of supernatural warriors.

Man, I was ready to **absolutely** rail on this movie before I realised that what I had thought was the end was just the end of the second act. Now don't get me wrong, I still very much did not enjoy _The Kid Who Would Be King_, but the actual ending did turn me around on it somewhat. Hard to know for certain if this will play well for actual kids. Maybe they'll even take the positive messages on board and not the bad ones. But I don't know that a good message or a good time will be taken away from _The Kid Who Would Be King_ by children, I doubt it, but it doesn't seem impossible.

Very disappointing after _Attack the Block_.

_Final rating:★★ - Had some things that appeal to me, but a poor finished product._