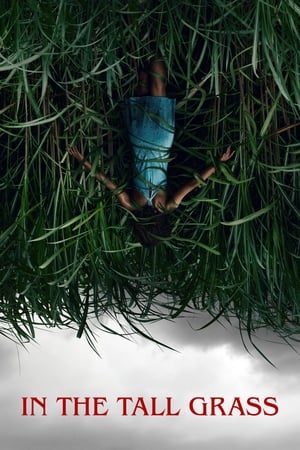 After hearing a child screaming for help from the green depths of a vast field of tall grass, Becky, a pregnant woman, and Cal, her brother, park their car near a mysterious abandoned church and recklessly enter the field, discovering that they are not alone and because of some reason they are unable of escaping a completely inextricable vegetable labyrinth.

FilmGator A private user reviewed In the Tall Grass (2019)

“In the Tall Grass” is a Netflix film based on a short story/novella written by Stephen King and his son Joe Hill. A little disclosure that I have not read the original story, so I can’t attest as to how faithful this film is, so I’ll be looking at the movie on its own merits, as few as they may be.

We start with two siblings, Cal and a pregnant Becky who are travelling through Kansas (a plus here is that we have a story from Stephen King that does not take place in Maine) when they pull over to the side of the road when Becky gets morning sickness and they hear a boy calling for help from the tall grass field on the side of the road. They get separated from each other and realize that something weird is going on, that travelling in one direction doesn’t necessarily mean travelling in that direction and time is out of joint. Others that they meet in the field are Ross, played by Patrick Wilson, his son Tobin, his wife Natalie, and Lisa’s ex-boyfriend Travis.

Alright, so as more disclosure here, I filled in the names of these characters after looking them up. I honestly could not remember their names, that’s how much of an impression they left on me, with the possible exception of the boy because when we first see him he comes off really creepy. I mean, really, it’s not so much that you want any characters to die because they’re irritating. They’re just so cookie-cutter and stereotypical that they leave little to no lasting impression.

Another reason for this is that the audience can be a little too distracted by the grass itself. It does have a certain character to it, even if it’s nearly impossible to figure out. But I found myself distracted trying to figure out the grass, how it works, its motivations, at the expense of the human characters.

And here is where we run into another problem. Because most of the set looks the same, that being in the middle of a tall grass field, the filmmakers need to rely on a series of technical and visual gimmicks to keep the audience interested and focused. But they’re inconsistent and stand out when they use them (for example, one consistent shot that is a 360 degree rotation). They don’t feel natural. You see the gimmick instead of what the gimmick is trying to show you, although that’s arguable as they’re clearly proud of some of these visual effects. In addition, this being a horror movie, there are going to be jump scares, but jump scares are just about all there is for this horror movie.

The conclusion is pretty meh and isn’t really consistent with other parts of the movie from what we learn plotwise. All around, if you’re really a Stephen King or Joe Hill fan and have nothing else to watch, go ahead, but for most people I would say not to bother.