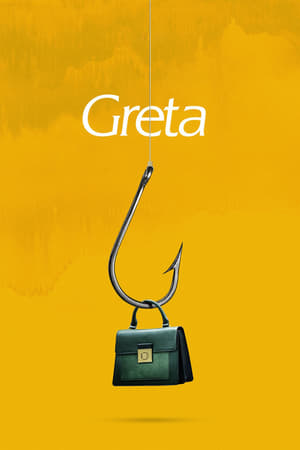 A young woman returns an elderly widow’s lost purse, leading to an unlikely relationship between the two — until the young woman discovers her elder might not be all that she seems.

If you enjoy reading my Spoiler-Free reviews, please follow my blog :)

Every year, there are a couple of underrated and/or overlooked movies. Greta is 2019’s first film to belong to both categories. It was definitely overlooked since Hellboy stole the spotlight, and it’s also underrated based on online feedback. Critics being divisive is kind of expected, but audiences are disliking Greta more than the former group, which I find quite surprising. Nevertheless, I enjoyed a lot and that’s mostly due to the outstanding performances of its leads. Isabelle Huppert is incredible as Greta, as expected from such an acclaimed actress. Her character has a very mysterious personality which is well-developed throughout the runtime. Undeniably, her character’s past and decisions turn out to be a bit questionable, in terms of logic. I don’t believe that it’s straight-up rubbish, but I can’t deny that some aspects of her persona lack consistency and sense. Fortunately, it’s nowhere near Serenity‘s level of absurdity. In the end, Huppert elevates her script and delivers a creepily captivating display.

Chloë Grace Moretz is one of the most talented young actresses out there, and I already stated a few years ago that she will be a much-desired star, sooner or later. In this movie, she shows off the subtlety of her expressions at the same time that she proves how amazing her range is. She embodies the charitable and innocent personality of her character like she is, indeed, Frances. Two wonderful performances that become even better due to the palpable chemistry that the two actresses have with each other. With such a short runtime, their interactions are interesting in the beginning, becoming more and more intriguing as time goes by. In addition to these two, Maika Monroe (Erica Penn) surprised the hell out of me! Not only her character doesn’t follow the stereotypical “blonde, dumb friend”, but she really offers an exceptional performance.

The screenplay does have some narrative issues, being most of them related to Greta, as mentioned above. It’s hard to imagine that what happens in the second half of the film could occur in real life as it’s depicted, which instantly kills most movies. However, it’s not as unbelievable as people might think at first, and after some thought, it’s actually pretty reasonable, having in mind the psychological factor. It doesn’t separate itself from the genre’s cliches and it’s quite predictable throughout, even though the ending comes as a nice surprise. It’s the typical B-movie that’s good to see at home on a Sunday afternoon, but if you catch it in the theaters, you won’t regret the money spent.

Greta is 2019’s first underrated and overlooked film. With two extremely captivating performances by Isabelle Huppert and Chloë Grace Moretz, this B-movie truly stands out from the most recent flicks of the same type. The leads’ chemistry carries most of the engaging story, even though a word of praise must go to Maika Monroe for her display. The indisputable narrative problems can either be completely nonsensical or reasonable, at best, depending on what kind of moviegoer you are. There are enough justifications for interpreting the second half events and Huppert‘s character actions as both silly or realistic. I stand on the latter, and I enjoyed myself during the whole runtime. Go see it if you catch it near you. If you don’t, be sure to watch at home.