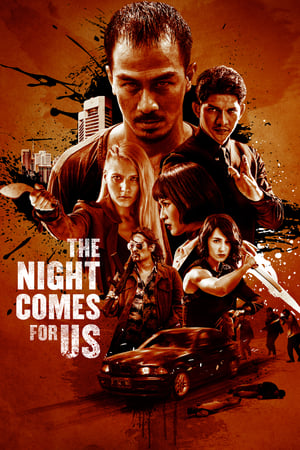 After sparing a girl's life during a massacre, an elite Triad assassin is targeted by an onslaught of murderous gangsters.

VungTauMantis reviewed The Night Comes for Us (2018)

I Lost Count Of The Pain Delivered

You don't need to worry about much of a plot in this one. Just know that if you enjoy guns, broken bones, and enough blood to supply 20 years of all genres of film, The Night Comes For Us is right in your lane. Damn, son!!!! This shit was crazy!!!

Listen, the Indonesian crew of Joe Taslim, Iko Uwais, Sunny Pang, and (although absent here) Yayan Ruhian are shitting on any other martial arts actors working right now. The chemistry between these guys is Venom Mob level, but with the brutality multiplied by about 80.

The Night Comes For Us is hands down their best work since the Raid: Redemption. If that movie was the ultimate ballet of vicious fight choreography, then this is the World of Dance championships. There is a little less beauty here, but a lot more grit and savagery. The result is viewers winning a little more each time with every missing tooth, split skull, and broken bone tallied by whoever is keeping count.

I'll give a rundown on the plot, which while not groundbreaking, isn't too badly done. Bloodthirsty gangster Ito (Taslim) is long past redemption but decides to give it a shot anyway when he refuses to kill a little girl who is the last survivor of a massacre ordered by his boss Chien Wu (Pang). After initial attempts to punish him for his actions are unsuccessful, Wu calls in Arian (Uwais), an up and comer in the gang's ranks who also happens to be Ito's prodige and friend, to finish Ito off. This leads to much ass kicking and death granting that is orchestrated on a level of rare comparison. The beautiful art piece crafted on fight canvas is also lended heavy assistance by the smaller players here, including Julie Estelle, Hannah Al Rashid, Zack Lee, and Abimana Aryasatya. These guys are all bad ass, no question.

If you like action, this is not to be missed. Big props to director Timo Tjahjanto, but also nice work to Netflix. Holy shit, I can't believe you pulled it off with all the trash you have made.

The Night Comes for Us

The Night Comes for Us